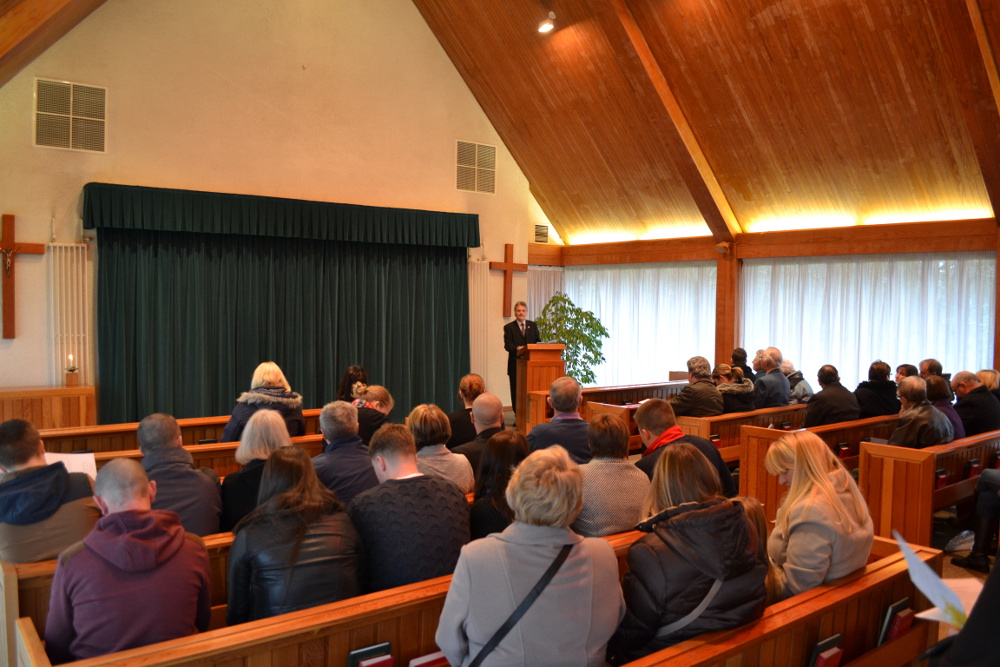 On Sunday the 10th of February a Service of Hope and Inspiration was held at Woodlands Crematorium in Coleshill. The service was organised by Susie Ward, the Funeral Arranger at the Castle Bromwich office of William H. Painter Funeral Directors. Families that had lost a loved one were invited from both the Castle Bromwich and Yardley offices, the service was well attended by over forty people.

Stephen Measures, a Civil Celebrant officiated at the service, where he read excerpts from William Wordsworths ‘Daffodils’ and also the poem ‘Miss me, but let me go’ by Robyn Rancman which was recited at the closing of the service while three balloons were released representing past, present and future. During the service Susie Ward and the Area Manager for William H. Painter read out the names of the loved ones to be remembered.

At the end of the service there was a time for reflection when the congregation listened to the song Turn! Turn! Turn! by The Byrds, which was very fitting as some of the lyrics include:

After which a potted Daffodil bulb was handed out to all who attended while they gathered outside for the balloon release. Following the service the majority of those who attended made their way to the Castle Bromwich office where tea, coffee and biscuits were served and some new friendships were made. As people were leaving we had some very positive feedback, Mrs Jackson said “it was a really lovely and moving service and to be given a Daffodil was a very thoughtful thing to do, Susie always makes me very welcome when I call in to her office”, Mrs Pym said “even though there were a few tears during the service, I found it very comforting” another attendee said “it had helped him to start to grieve, as up until then he hadn’t been able to”